Keira Pentolfe ploughed through a pool of 8 competitors in u36kg and was only defeated in the final gaining the Silver Medal.
Charlotte Kendal competed in a combined u70 and +70kg group and strongly defeated every opponent to secure the first gold medal of the day.
Ellie Hutton was on fire in the u57kg group and made all three brown belt competitors look like novices, following which she defeated all u63kg players also to gain the Gold medal and further Dan grade points.
Charlie Johnson against more experienced Judoka, was ahead in his first contest with an excellent sutemi waza but was unlucky to be defeated, and then knocked out of the group by an excellent ashi waza.
Josh Stoneman won two contests in the u66kg senior mens group and was asked to enter the u73kg category for some extra experience. Competing against stronger and mostly Dan grades, Josh had an excellent tournament winning four contests with some quality tachi waza including an exceptional Shime waza turnover which was certainly his highlight of the day, securing another Gold medal. 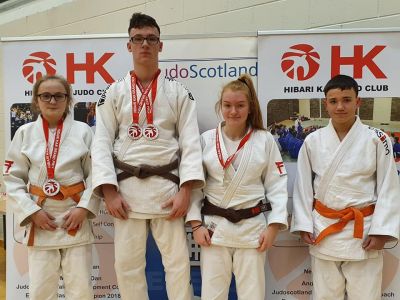 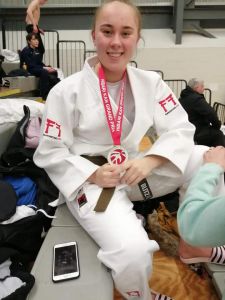 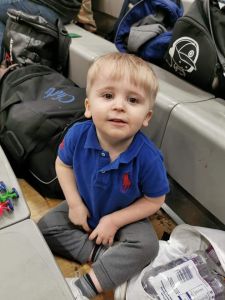